The Supreme Court Punts; North Carolina GOP goes for it on 4th down 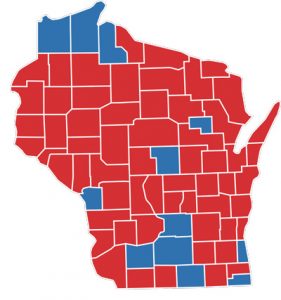 In two rulings today, Gill v. Whitford and Benisek v. Lamone, the Supreme Court effectively hit the snooze button on making a meaningful decision on partisan gerrymandering. The long-awaited Gill and Benisek rulingswere both dismissed on technical grounds, leaving the issue open for future consideration. The bottom line is that neither ruling addressed the broader substantial legal merits of partisan gerrymandering raised in either case and left the status quo in place for the near future.

It’s possible these issues may be addressed within the next year when the Supreme Court rules on challenges to the Texas gerrymandering case (Abbot v. Perez) or the battle of North Carolina’s gerrymandered congressional districts (Rucho v. Common Cause).

The big takeaway: The Supreme Court, in all likelihood, won’t address political gerrymandering in 2018. So another election will come and go with extreme gerrymandered maps in place, warping the representation of voters in several states. Millions of American voters live in gerrymandered districts ruled unconstitutional by lower courts, but the Supreme Court is content to twiddle its thumbs and fuss over legal technicalities rather than address the merits of these cases. As noted a few weeks ago in the Battle for the Ballot, delay is a powerful weapon against making elections more fair and representative.

North Carolina GOP can’t win in court, so it looks to amend the state constitution on voter ID

Republican efforts to install voting restrictions in North Carolina since 2011 have been rebuffed multiple times by the courts.

In 2016, a three-judge panel of the U.S. Court of Appeals ruled unanimously that the Tar Heel state’s Voter ID law was unconstitutional. “The new provisions target African Americans with almost surgical precision,” Judge Diana Gribbon Motz wrote, adding that they “impose cures for problems that did not exist.” The court correctly noticed the ample data and evidence that show that the “crisis” of voter fraud used to justify North Carolina’s voting restrictions is a myth. The judges bluntly noted that “we can only conclude that the North Carolina General Assembly enacted the challenged provisions of the law with discriminatory intent.”

In May 2017, the state tried to appeal this ruling to the U.S Supreme Court, but the high court declined to review it.

This should have been the end of it, but last week, the heavily gerrymandered Republican NC state legislature put into motion one final attempt to enact the voter ID law: creating a ballot initiative to change the state constitution to require voter ID. Voters will have their say on the proposition this fall at the ballot box. Without any real debate on the bill and with heavily gerrymandered supermajorities in the state legislature, they are likely to push this onto the November ballot.

This initiative, sadly, is likely to pass. Public support for voter ID laws is high — nearly 80% of Americans surveyed favor voter ID laws. It’s not hard to see why: the argument for requiring photo ID to vote seems reasonable. If you don’t look too closely, it sounds like common sense. Surely all of us need a photo ID to do many things today. You need one to drive. You need one to fly. You can’t buy a beer without a photo ID. So why not require a photo ID to make sure people are who they say there are when they show up to vote?

The reality is that millions of Americans, including thousands of North Carolina residents, lack government-issued photo ID. Low-income, minority, and younger voters — surprise surprise, three groups that overwhelmingly vote Democratic — are most likely to lack a photo ID. If they don’t have a government-issued photo ID, getting one can be a challenge, especially if they lack private transportation, money, or a birth certificate. For many, the bureaucratic hassle and expense isn’t worth it. They just won’t vote.

But, then again, maybe that’s been the idea all along.

The big takeaway: The North Carolina GOP is likely to get a voter ID law on the November ballot. It will likely pass, despite plenty of evidence that it’s likely to do more harm than good — disenfranchising thousands of voters, mostly people of color and low-income voters — to protect the state from a nonexistent threat.

1. The North Carolina GOP has a second cynical policial plan in the works

In addition to their attempt to defy the courts and once again push voter ID laws onto the books (see above), the North Carolina GOP is also looking to change early voting schedules to take away some of the most popular voting days and times for African Americans. For example, their bill eliminates early voting on the final Saturday before Election Day — a day when, in 2016, nearly one in five North Carolina voters cast their ballots, including nearly one in three African-American voters.

I’m sure this is just another coincidence?

Since last week’s email, there have been lots of reactions to the Supreme Court’s 5-4 Husted ruling in favor of Ohio’s voter purge methods. Dale Ho, director of the Voting Rights Project at the ACLU, warned that “the Supreme Court’s endorsement of Ohio’s program may encourage more states to join the list of states that purge infrequent voters.” Ari Berman of Mother Jones compared it to Jim Crow tactics: “make it as hard as possible for black voters to be able to register, and even if they do register, then you purge them from the rolls.”

But not everyone is unhappy with the verdict. Over at the conservative website Daily Signal, the case is cause for celebration: “Supreme Court Gives States the Green Light to Clean Up Voter Rolls” I think they forgot to put quotes around “clean up”… But nonetheless, it seems the left and right agree about one thing — the Ohio ruling is about to have a national impact on voting rights.