Why Michigan is a mess, NC hates clear language, and Trump hopes you laugh at this week’s distraction

1. Michigan is a gerrymandered mess. But maybe not for long.

When it comes to discussing heavily gerrymandered states, I’ve often pointed to Wisconsin, Ohio, Pennsylvania, or North Carolina. But Michigan sucks, too.

Until I dug into the numbers this week, I didn’t realize just how horribly gerrymandered Michigan is. Maybe as bad or worse than any other state in the nation. It’s shockingly, astonishingly bad.

Michigan is one of the worst states in the nation in terms of the “efficiency gap” that measures how badly gerrymandering distorts and dilutes votes in the state.

In 2016, Donald Trump edged out Hillary Clinton by just over 10,000 votes out of nearly five million cast in the state, and statewide GOP votes for members of Congress edged out Democrats by only 1%. Despite those narrow margins, Republicans grabbed nine of 14 congressional seats. Of those 14 members of Congress, the average margin of victory in 2016 was 28%. Is that because Michigan has 14 of the most beloved, effective, and enlightened members of Congress in the nation? Or might it be because their districts have been mapped with a clear intent to make them noncompetitive?

In 2014, Republicans edged Democrats in total votes by 1% for the State Senate, and yet they claimed 27 out of 38 seats in the state legislature. In the Michigan House, the disproportionate imbalance is even more absurd: Democrats won a majority of the votes for the Michigan House that year, 51% to 49%, and yet Republicans expanded their House majority to 63-47. Michigan is effectively a 50/50 state, and yet it has supermajorities in both houses of its state legislature.

Recently discovered emails show Michigan Republicans openly plotting about how to minimize the number of districts for Democrats. One Republican chief-of-staff, Jack Daly, bragged about the process: “In a glorious way that makes it easier to cram ALL of the Dem garbage in Wayne, Washtenaw, Oakland and Macomb counties into only four districts.” These emails make clear that these districts were not simply a matter of geography or population concentrations — the maps were rigged from the start in 2011 with clear partisan intent.

But the good news is that changes may be on the way this year. A gerrymandering reform effort by Voters Not Politicians will be on the ballot in Michigan this fall, despite multiple frantic efforts of Republicans to stop it. It proposes an independent, bipartisan commission to handle redistricting in the future with greater transparency and fairness. Last week the Michigan Supreme Court ruled 4-3 to allow the ballot measure to proceed.

Voters Not Politicians released a great 60-second ad promoting the measure that does a nice job breaking down the problem of gerrymandering and how to fix it: 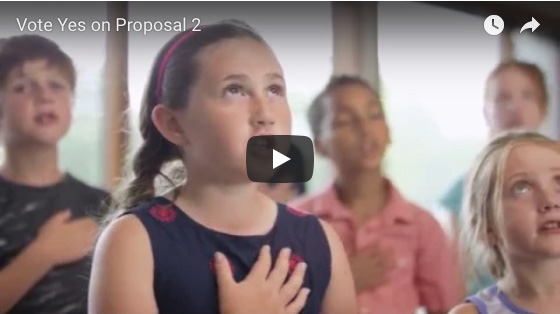 Michigan voters will have their say in November, arguably for the first time in nearly a decade.

2. Are our elections vulnerable to hacking this fall?

I can save you a couple clicks: yes and yes.

Meanwhile, Republicans voted in complete unity this week to block additional funding to improve election security measures before November. Charles Pierce’s take on this is fantastic:

We have watched a chief justice of the United States Supreme Court put into law his long-standing animus against the voting-rights legislation for which people literally died. Around the country, we have voted in state legislators and governors who actively suppressed the franchise. And we have completely failed in making the fundamental integrity of the most basic democratic activity a serious matter of national security.

Last week the North Carolina legislature convened for an unscheduled “special session” to handle a pressing issue facing my Tar Heel State. The crisis, it seems, was that the six amendments to the state constitution that they forced onto the November ballot — three of which are direct attacks on fair elections and voting rights — were going to be described by short captions written by a bipartisan commission to help voters understand what they were voting on.

This, it turns out, is a dangerous idea, so the GOP-controlled legislature — no, I’m not making this up —  passed a veto-proof law blocking the ability of the commission to write accurate descriptions of the amendments. Instead, they’ve written their own captions. What could go wrong?

In the frantic zealotry of efforts to find and make examples of people who voted illegally to justify broad new voting restrictions, North Carolina joins Texas, Kansas, Idaho, and other states in aggressively prosecuting anyone who cast a vote illegally, regardless of whether they did it out of confusion, ignorance, or mistake.

Check out this infuriating piece in the New York Times: “Arrested, Jailed and Charged with a Felony. For Voting.”

These cases suggest a broader effort to suppress and intimidate voters. One of the defendants, Taranta Holman, voted in 2016 while on probation, at the urging of his mother, unaware that this violated the law. The following year, there was a warrant for his arrest. He’s fighting the case in court, rather than taking a plea deal as others have, but his outlook is sobering:

“I feel like I’ve got a better chance with a jury than the D.A.,” he said.

But Mr. Holman said that, win or lose in court, he will never cast another ballot.

5. Don’t be distracted but the stupid stuff Trump says; pay attention to what he does

Social media and the Internet yukked it up earlier this week when Donald Trump took time at one of a rally in Florida to advocate for voter ID, observing, incorrectly: “if you go out and you want to buy groceries, you need a picture on a card, you need ID… You go out, you want to buy anything, you need ID, you need your picture.”

While it’s fun to make fun of how out of touch and confused the President is about basic elements of daily life, it distracts from the fact that his administration and armies of supporters in Congress and GOP-controlled state legislatures are focused on expanding Voter ID laws across the nation. And those laws measurably suppress voter turnout, particularly minority and low-income voters, exactly the voters Trump and the GOP don’t want to see this fall.

Trump’s lack of grocery store experience might be funny, but his attempt to suppress voting across the U.S. is no laughing matter.