Injustice in Texas, a 243% turnout, and “A TSUNAMI OF VOTER FRAUD” 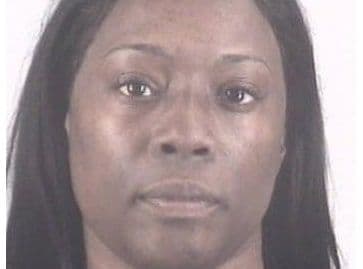 In April, the state of Texas sentenced Crystal Mason five years in prison for attempting to vote in the 2016 presidential election. She was ineligible to vote due to being on probation after serving nearly three years in jail for tax fraud. Mason testified that she wasn’t aware that she wasn’t allowed to vote due to her probation status. This week, her legal team attempted to appeal for a new trial, but the bid was denied.

Can any reasonable person think her action was a deliberate criminal act? As Mason put it in an interview with the Fort-Worth Star-Telegram in March, “You think I would jeopardize my freedom?… You honestly think I would ever want to leave my babies again? That was the hardest thing in my life to deal with. Who would — as a mother, as a provider — leave their kids over voting?”

Mason is a mother of four children. It is cruel and unconscionable to sentence her to five years in jail for voting illegally. It takes a tremendous stretch of belief to view her actions as “voter fraud,” although that’s exactly what the state of Texas is determined to do, as an effort to “send a message” to others.

The message has been received.

If you’re going to break election law, it seems like a good idea to be white.

And no, I’m not talking about President Trump (though maybe we should).

In Iowa, Trump supporter Terri Lynn Rote of Des was arrested and charged for “election misconduct” for trying to vote twice for Trump in 2016. It was, she said, “a thing.” She was sentenced to two years of probation and a $750 fine.

Back in Texas — the “send a message” state — white Judge Russ Casey pled guilty for forging signatures to get on the ballot for his re-election — a clear-cut, admitted election case of fraud. The state gave him probation.

Meanwhile, Crystal Mason prepares for a final appeal before being ordered back to jail for five years.

3. “Inside The Trump Voter Fraud Commission’s Weird, Wild Attempt To Prove The Untrue”

The title speaks for itself. Don’t miss Sam Levine’s must-read on Trump and Kris Kobach’s short-lived voter fraud commission and the great lengths it went to push a false narrative about noncitizens voting in elections. Kobach is currently clinging on to a 91-vote lead in the GOP primary for Governor of Kansas, with many mail-in and provisional ballots left to be counted. Ironically, his political future could swing on a handful of votes out of 311,000 cast on Tuesday.

4. Is the enemy of voting rights Santa Monica, California?

The city has an at-large voting system for electing its seven city council members, which means representatives have to win a citywide race, not one in a local, particular district. This could help avoid conflicts over district lines, but it may also be excluding Latino representatives who struggle to win a citywide race in a town that’s mostly white. That’s the case that Maria Loya, a two-time candidate who failed to win either race, is making in a lawsuit against Santa Monica, arguing that the city is violating the California Voting Rights Act and the federal Voting Rights Act. If nothing else, this case shows that voting rights battles aren’t only limited to states under GOP control.

5. “Kavanaugh would cement an anti-voting majority on the Supreme Court for a generation”

In case it wasn’t clear yet, Connor Maxwell at Center for American Progress makes a compelling case that Supreme Court nominee Brett Kavanaugh would be a disaster for voting rights for the foreseeable future.

6. Overachiever! Georgia precinct got 243% turnout in May primary

And I used to think the cliche of giving “110%” was overused — Georgia’s Mud Creek precinct reportedly got 243% turnout in May, which seems to defy the laws of time and space.

Maybe the explanation for this is Georgia’s 16-year-old electronic voting machines with no paper trail, or maybe it’s widespread confusion about proper polling place locations, or it could just be general incompetence by election officials, but one way or another, that state’s elections systems appear to be a mess.

7. Meanwhile, in the Bizarro Battle for the Ballot…

I’m not the only one who cares about this issue. In fact, there are those on the other side who are equally passionate about it, even though they see the situation as a mirror image of the fact-based reality I’ve reported on here.

In the face of a likely strong Democratic turnout in November Congressional elections, Eric Eggers, a writer researcher from the Governmental Accountability Institute, a right-wing think tank, published an article this week at Breitbart, warning ominously: “November Midterms ‘Poised for a Tsunami of Voter Fraud’”

I won’t link to the article because I don’t want to support Eggers or Breitbart or any other alt-right nonsense, but suffice it to say, the argument is bullshit. As I’ve pointed out plenty of times before, the myth of widespread voter fraud has been debunked by many sources. Here are just a few:

And yes, Eric, a tsunami might be coming in November. It just won’t have anything to do with fraud. It might be about democracy overcoming gerrymandering, election restrictions, and voter suppression.

One way or another, we’ll know for sure in 87 days.